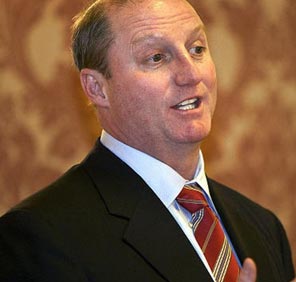 On Monday, Berkshire Hathaway Inc.'s most popular CEO, Warren Buffett, has confirmed his official successor. The inheritor is the present vice-chairman and head of the non-insurance operations of the $640 billion firm, Greg E. Abel.

He is a 59yr old Canadian who will be in charge of the massive Omaha, Neb.-based conglomerate, which includes well-known companies including GEICO Auto Insurance and Dairy Queen fast food.

BHE employs over 23,800 people worldwide and produced over $20.9 billion in revenue in the previous year. Moreover, Greg serves as a member of the Board of the Hockey Canada Foundation, AEGIS Insurance Services, and The Kraft Heinz Group. Although Abel's compensation at Berkshire Hathaway varies from year to year, looking at Berkshire's Financial statements, he earned a basic pay of $16 million in 2019 and 2020, with total bonuses of $3 million in each of those years. However, he was paid $41 million in 2016 due to a massive retention bonus he received due to Berkshire Hathaway Energy's increased earnings.

Greg Abel was born in the city of Edmonton, Alberta, in the year 1962. He had had his first job distributing advertisement leaflets to homes. Abel worked as a laborer for a forest goods business, according to a biography he wrote when he received an award from the Horatio Alger Association of Distinguished Americans. In 1984, Greg completed his graduation from the University of Alberta. With his commerce degree, Abel worked as an accountant for PricewaterhouseCoopers and then for the geothermal power business CalEnergy, which eventually unified with MidAmerican Energy Holdings Co.

There are many other Berkshire inheritance plans besides Mr. Abel's.

Howard Buffett, Buffett's son, is widely anticipated to succeed his father's chair. Todd Combs and Ted Weschler entered Berkshire in the last decade to help manage the firm's investment portfolio. However, Buffett sees Abel and Ajit Jain as his potential replacements as both of them have been appointed as Berkshire's vice chairman in the same year. As per Buffett's statement, he and his close friend and business associate, Vice Chairman Charlie Munger, had been unable to say who would succeed him once he retired. On 3rd May, the 90yr old investing icon reported that the successor decision is taken by considering the ages of the two representatives. Since Abel is younger, he would probably have more time at the forefront. Buffet also said that Jain is the next in the queue for the CEO position.

Founded in 1839, Berkshire Hathaway (BRK.A, BRK.B) is a highly desirable stock and one of the world's largest corporations. Owing to Warren Buffett's expertise, the conglomerate has gained a reputation for itself. The billionaire businessman has spent his time as the CEO of Berkshire Hathaway, turning the company into an investment firm by purchasing and transforming distressed companies. The Omaha, Nebraska origin business has well-known brands such as Long & Foster, Helzberg Diamonds, Fruit of the Loom, Duracell, GEICO, etc., under it. Berkshire Hathaway trades at the New York Stock Exchange with a market capitalization of $660.25 billion, with its class A shares trading at $434,025 per share and Class B at $288 per piece. On 1st May, the company reported its operating income of $7.018 billion which is another huge jump in Warren’s reign.