Divvy raises $735 million to assist more citizens in their homeownership

Divvy Homes, a dominant player in the proptech sector, revealed on 12th October that it had secured $735 million in new debt. 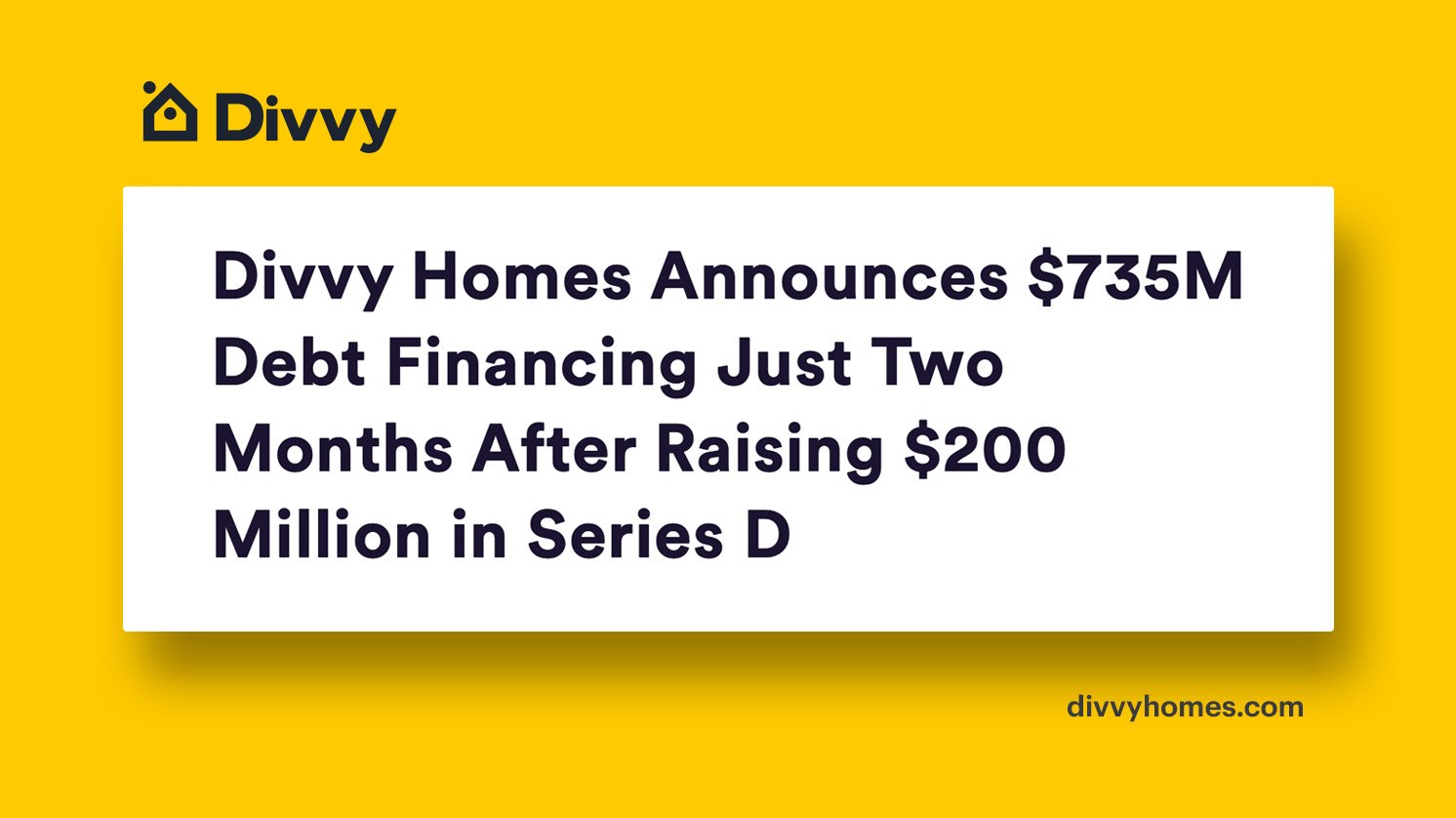 The company is now well-capitalized to fulfill its aim of making housing available to all, mixed with the $200 million acquired in the Series D.

Divvy will give more citizens a road to homeownership throughout its revolutionary three-year program due to this debt funding. It will utilize the finances to refinance two current debt programs and give significant additional capacity to purchase new houses. Thus,  Divvy can achieve its 10-year goal of assisting over 100,000 families in becoming fiscally secure homeowners.

Divvy Homes is paving the way for a new generation of Americans to convert homeowners.

Formerly, citizens had just two options for housing: rent or buy. The real estate business hasn't changed to match the new market, and it only serves a small percentage of those who wish to buy a house. Meanwhile, purchasers can save for a down payment despite staying in their dream residence with Divvy's third alternative.

Divvy has sold more houses this year than it has in the last 48 months since the beginning and has increased its market share by unleashing consumer demands in the last ten months. Since 2017, over 750,000 individuals have appealed for Divvy's homeownership scheme.

Tom Egan, Chief Finance Officer of Divvy, stated that raising this debt helped the company decrease its cost of capital. Plus, it empowers Divvy to keep increasing homeowner availability for more American people.

She stressed the fact that there is no doubt that the USA'S housing problems require immediate attention. Notifying this, she claimed that Divvy is a solution for individuals in the center.

It is for those who may not have the money for a down payment but are economically solid enough to make monthly loan repayments. Hefets said that their success is based on the success of their clients.  Divvy clients have invoked their option to buy their houses at a rate of around 47%, which is significantly higher than its competitors' conversion figure.

Millions of citizens have been denied the opportunity to own a home owing to barriers including poor credit, inconsistent income, or a lack of money. COVID has worsened this trend in property prices in the United States. Many individuals have to place their homeownership aspirations on pause, notably nurses, medical professionals, educators, firemen, and similar 1099 professionals. Thanks to Divvy Homes, many consumers now can buy their private property and establish massive wealth.

Its consumers save significantly more than their colleagues, with an average net worth of $8,200. As per a 2017 report by Harvard University, this is Tenfold times the average savings of tenants in the USA.

Notarize is valued at $760M and on route to a unicorn