The Deer Park Road-led funding round took place on 24th August, where Bungalow's worth became 3X times to over 600 million dollars. Current stakeholders of Bungalow, including Founders Fund, Khosla Ventures, Atomic and others, also joined the round.

Bungalow's total funding so far
jumped up to over 150 million dollars.

In the middle of the Covid-19, Bungalow has seen a remarkable market rebound. Its traffic to the website rose by 108 percent in Q2 of 2021 compared to the same period the year before. Currently, it exceeded by over 40 percent. Bungalow is witnessing surging demand and pricing restoration in its core markets as companies and workplaces open and more individuals desire to live in towns once more. Between March till June, the volume of Roommate Chat that unites candidates with existing housemates climbed by over 2x, and resumption rates are up +15 points compared to Yesteryear.

Established in 2017, Bungalow was influenced by the challenges renters face in finding low-cost housing and a feeling of community.  It was practically impossible to locate these two items together.

Andrew Collins and Justin McCarty saw a void in the residential property industry. They saw a chance to replace it by creating affordable rental opportunities for consumers wishing to relocate to new places without a social circle.

Since then, Bungalow has assisted numerous people in discovering communities via co-living. It has lately broadened its product line to include entire homes. Residents appreciate the unique experience Bungalow provides, as evidenced by the most acceptable renewal prices. Bungalow is currently available in 16 cities and towns across the United States, intending to expand to Tampa, Miami, Atlanta, and other places by the close of the year. Over 3,000 people are served by the organization, who live in more than 700 residences.

Bungalow intends to use its new funds to invest in technology and expand into other markets. 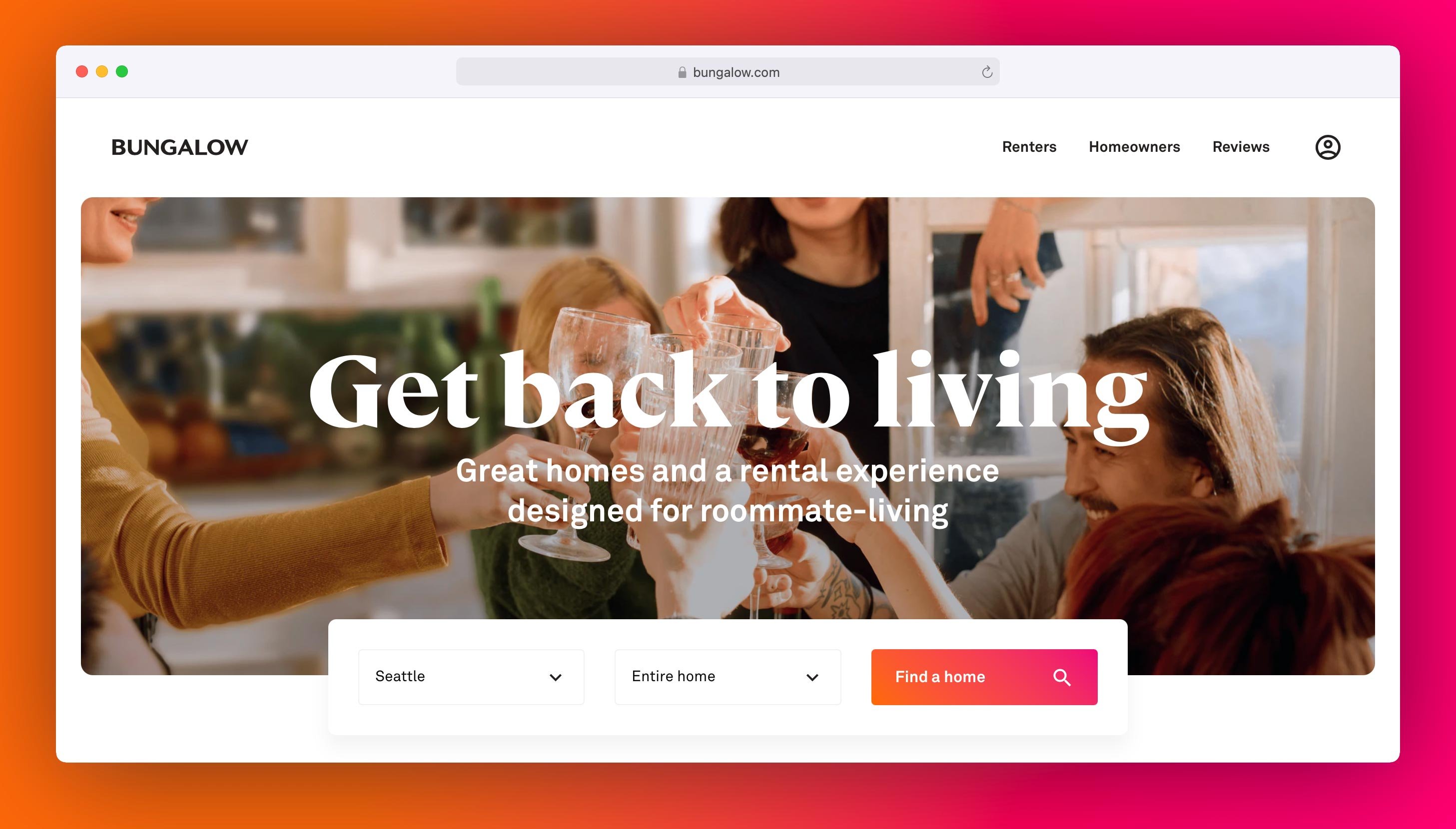 The business, which provides payment and repair services through its application, has opted to provide shared-accommodation alternatives completely by giving a "whole-house" solution to assist families or friends in seeking rentals. This new line of work presently accounts for 5% of Bungalow's earnings, which Collins hopes to grow to 40% in the coming year.

Collins stated that their ambition is to build a massive residential property market. He claims that Bungalow can help homeowners increase their rental income by making minor improvements like adding walls to create more bedrooms. According to him, some people have even purchased new homes, particularly to market on the website.

The Chief Investment Officer of Deer Park, Scott Burg, says that he is ecstatic to accompany Bungalow on this adventure. He and his team are looking forward to assisting Bungalow's group in their further innovation and expansion into new markets.

The company is also enabling owners to reach top-tier regions with historically significant gains where millennial renters would like to reside in new and sustainable methods.

Why did Cushman & Wakefield invest $500 million in Greystone?