For one more quarter, Rocket Mortgage earned more than $100 billion. However, its profit margins are decreasing. And, according to the country's biggest mortgage lender, the 2nd quarter of 2021 will experience a big slowdown.

Rocket Mortgage, listed on NASDAQ, or Quicken Loans LLC, is a mortgage lending company. Headquartered in Michigan, it became the biggest overall retail lender in the US in January 2018. Unlike its peer mortgage lenders, which depend on deposits, it depends on wholesale funding. It uses online applications instead of a branch system. Companies like One Reverse Mortgage and Amrock are part of Rocket Mortgage Family of Companies. 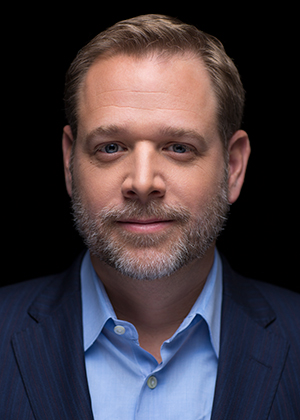 CEO of Rocket Mortgage Jay Farner suggested in a statement on Thursday that their technology platform and Rocket Cloud Forced combined with highly skilled professionals consistently offer an unparalleled kind of client experience. He also added that it was the sixth successive quarter that the team doubled the home loan volume of the company year after year.

However, just like any other mortgage lenders, the recent increase in interest rates and the burden posed by the huge workforce has brought Rocket Mortgage’s profits down. The company’s gain on sale margin was 3.74% for the first quarter. There was a decline of 67 basis points from the 4.41% margin announced in Q4 and 78 basis points down from Q3 of 2020. Moreover, expenses increased to 1.74 billion from $1.26 billion in the first quarter of last year.

Rocket Mortgage’s earning statement suggests that its direct-to-consumer part again formed the major part of its business in Q1. In the first quarter, the DTC earned $65 billion, whereas it earned $31.7 billion a year ago. Its gain on sale margin for DTC increased from 4.69% to 5.36%.

However, the observers were more interested in how other parts of the company performed in Q1. This is so because the company was in tough competition with its all-time rival, United Wholesale Mortgage. In early March, UWM forced brokers to choose between it and Rocket to work with.

The network partner of Rocket Mortgage that incorporates mortgage brokers and referral deals with the corporate partners were able to make its funded loan volume twice a year. The company earned $40.7 billion from its TPO channel, and the gain on sale margin increased from 0.79% in the first quarter of 2020 to 1.93%. The net proceeds were worth $722 million, including $543 million of contribution margin. The investors and analysts will keenly look forward to this part to analyze how it will perform in the second quarter as this is the major driving force of purchase revenue and is immune to rising interest rates.

When the New York Stock Exchange closed this Wednesday, the company’s stock was trading at $22.80. The stock increased 1.38% from the previous day.

Elon Musk on trial for the SolarCity acquisition